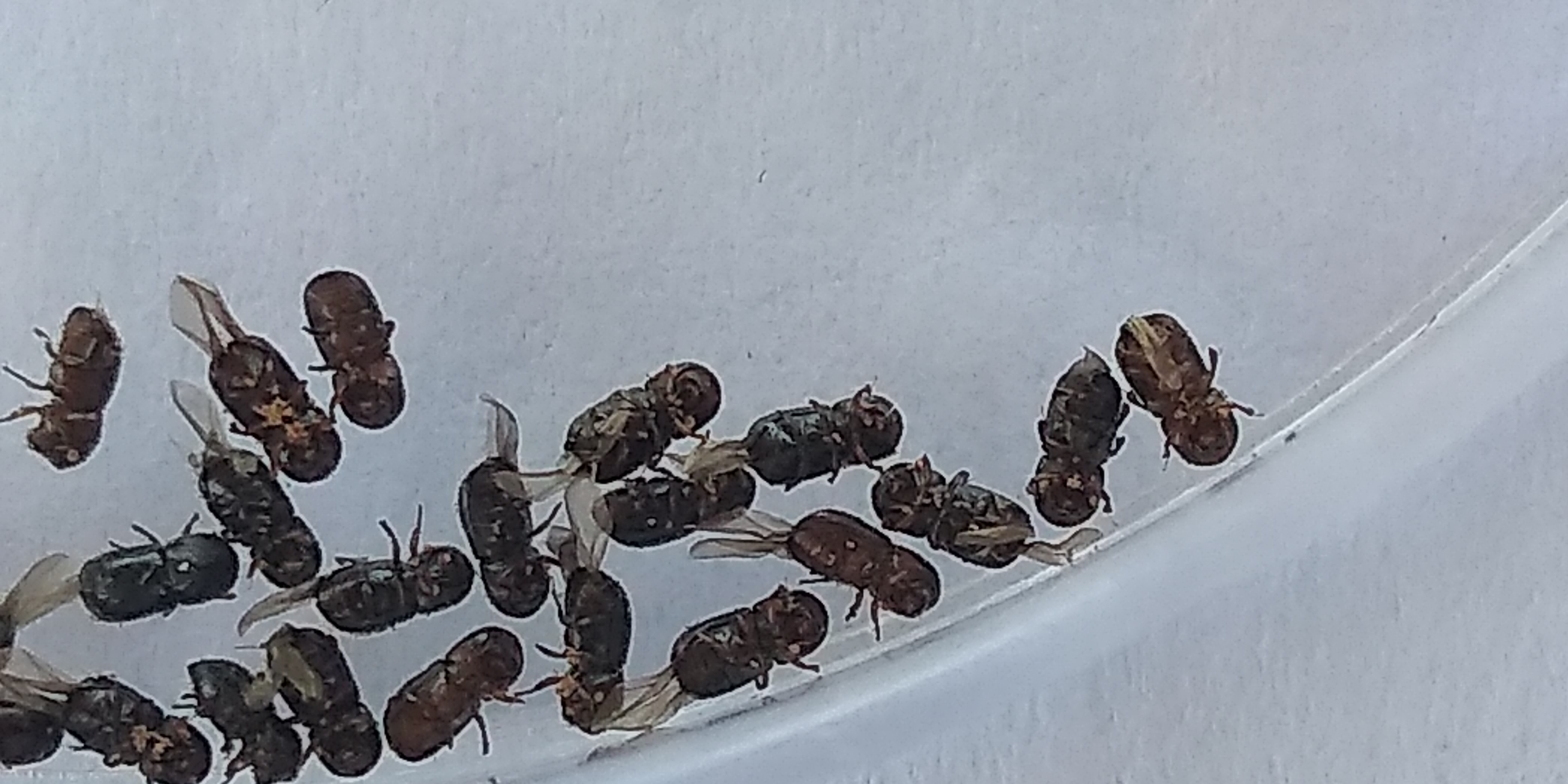 Important Message The PSHB was found and confirmed in Somerset West on March 8th, and April 3rd, respectively (see letter below). Please report any new sightings of unhealthy trees in the Cape Town Area. 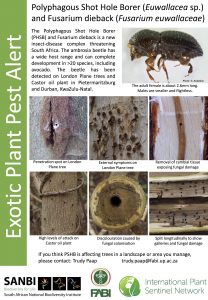 The Polyphagous Shothole Borer (PSHB) is an invasive insect that bores into wood and woody plants. The beetle was recently discovered in South Africa and poses a major threat to many indigenous and ornamental tree species throughout the country. The beetle is already widespread throughout South Africa, but efforts to slow its spread and contain outbreaks are critical for protecting South Africa’s exceptional biodiversity.

Please note that there are many species (likely more than 200 species) of wood boring beetles in South Africa. Therefore, most observations of damage are not actually caused by the PSHB, but a different beetle rather. Be cautious of claims that the PSHB is present in your area unless it has been confirmed by scientists at FABI.

Colleagues at Stellenbosch University and the Forestry and Agricultural Biotechnology Institute have confirmed the presence of the PSHB in Somerset West.
The beetle was confirmed as the PSHB after reports were made on March 8th, 2019.
Please see the following letter for more information about the confirmation (click to open pdf). 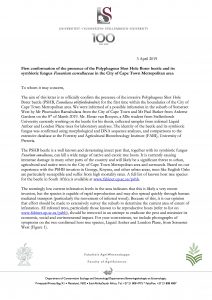 The Forestry and Agricultural Biotechnology Institute at the University of Pretoria provides many excellent resources about the beetle. We have included a few below, but we recommend exploring their site (https://www.fabinet.up.ac.za/index.php/pshb) to find the best and most-updated information available.

Help us map the plants at risk in your neighborhood by adding observations of species in the iNaturalist projects linked below (click the maps). You can also help in a BIG way by checking the observed plants in your neighborhoods for symptoms of infection (see below).

(susceptible plant species not known as key drivers of outbreak)

Read more about reporting unhealthy plants here and find instructions for using the iNaturalist app are available here: ‘Getting Started’.

The City of Cape Town has developed an webpage for residents to make reports. More information is available at: Cape Town Invasives.

The Conservation Gateway is for the conservation practitioner, scientist and decision-maker. Here we share the best and most up-to-date information we use to inform our work at The Nature Conservancy.

Physical Sample Diagnostic Capactiy Please note that we are currently working to secure additional support to increase our capacity to better serve stakeholders in the Western Cape Province. Please contact us if you can provide support for a student or postdoc, or if you have a question or concern.

Please note: do not send living beetles via the mail unless you have discussed it with us or someone at FABI.

Contact us to receive instructions and addresses for submitting samples. We will point you to the best sources of information and the most reliable scientists (FABI) for diagnostics.